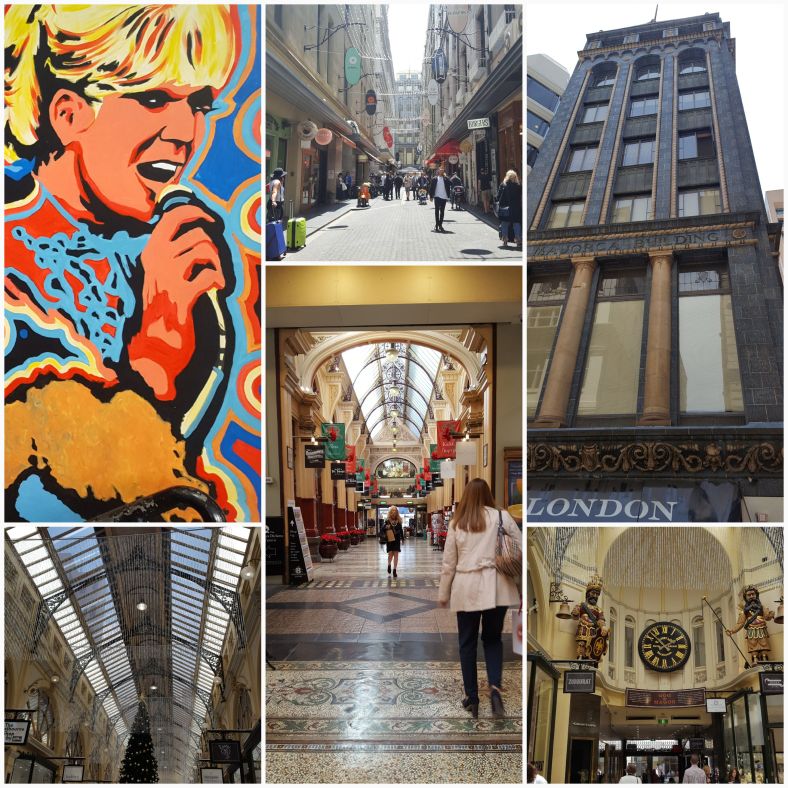 After many hours of driving our arrival at Melbourne city centre, got off to an inauspicious start. We decided to return our car and use public transportation whilst in Melbourne. Thus started the real life nightmare. We’ve had a few instances with this car and frankly, was keen to see the back of it. Also, personally prefer to get about by bus, tram and train in cities. Can’t really understand why everyone doesn’t feel that way but by the amount of traffic in Melbourne, this clearly isn’t everyone’s opinion.

I located the office and car park on Google maps and we drove there. Simple. Unfortunately, we forgot to fill the stupid car up with petrol so I located a petrol station on G maps. Except it wasn’t one. It was a shop selling lots of lovely food. Also, during this time, I’d taken over driving, had a meltdown because of the trams, and was on navigation duties again. The mobile signal and or g maps continued to also have a meltdown so I attempted to evaluate the situation, and turn off the phone. Ho hum.

Another go at finding petrol failed miserably and we realised we would have to drive until we find one. Are you feeling panicked yet? Because I was giving up hope.

Two hours later we still hadn’t found one and the gauge was dropping. Eventually, we stopped outside the city and asked someone. Something my father used to do. Yes, it has been confirmed, google maps seems to go haywire in Melbourne. The man informed hubby of directions and we found a petrol station. Hooray.

The panic had set in and it was like one of those reaccuring nightmares where you can’t quite get to where you want to be. Except it is real life. On the way back to the car park we saw many petrol stations. Of course we did. When we took the car to the drop off rental place, the official asked if we’d filled up, started the car and said we could go. This meant that we didn’t have to visit the car rental office. The relief was profound. Hooray.

A good way of becoming accustomed to an area is to do a walk. We decided on Arcades and Lanes Walk to integrate ourselves with Melbourne.

The Tourist Office in Melbourne, similar to others in Australia, appropriates useful information in a friendly way. You can pick up all sorts of useful information including leaflets, walks, transport, maps and tips about the area. Think most of the staff are volunteers and they are incredibly good at what they do.

We set off with our leaflet on this particular walk through cobbled streets, arcades and lanes. It is fascinating to view the old buildings juxtaposed with new.

Degraves Street and along to Centre Place are known to be meccas for café society, juice bars, healthy foods, fresh coffee and the like. Some of the cafes are tiny, chic hotspots with recycled cinema seats and even benches from a former court of law. Very quaint, cool and fun. 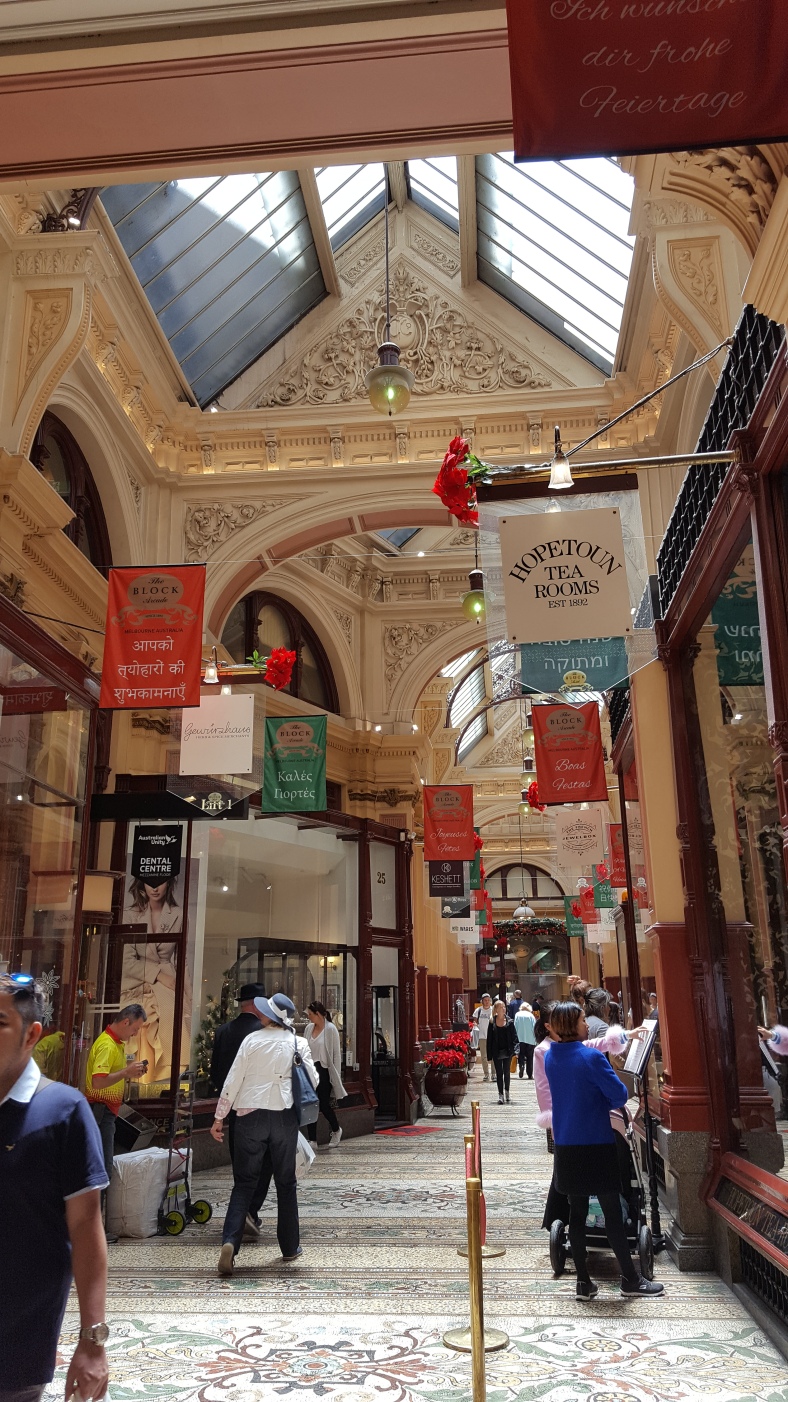 Then to the famous Block Arcade which is named after the fashionable Collins Street where people flocked to ‘do The Block’. This area was built between 1891 and 1893 and retains the heritage shopping experience with mosaic-tile flooring and carved stone decorative interior. This is said to be one of the finest examples of a 19th century shopping arcade.

Continuing through the trendy areas of Melbourne and elegant, old shopping arcades we could see why people like Melbourne so much.

Unique expressions of art and music appear throughout the city and make the walking experience exciting. The independent shops, cosy cafes and laneways threading through the city are wonderful to behold.

One of the most distinctive places, for me, on this walk is the Capitol Arcade which opened in 1924. Was this one of the first shopping malls? It is beautiful and designed by Walter Burley Griffin (architect of Canberra) and Marion Mahony Griffin. It is a truly magnificent area with a great book shop to peruse in the basement. 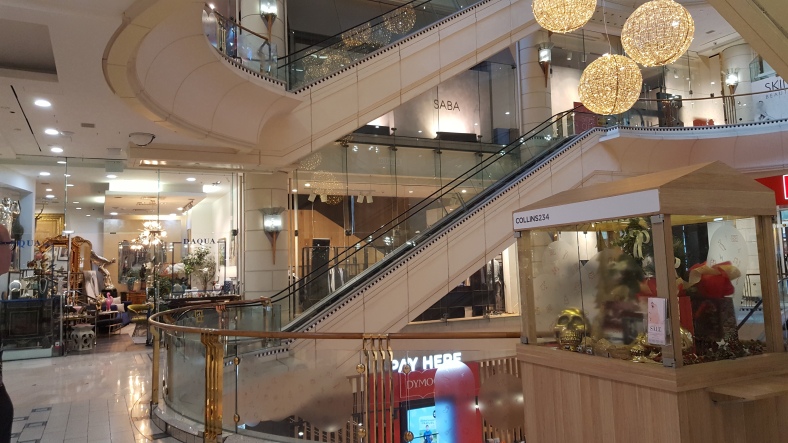 The historical buildings, warehouses are also full of charm. In fact, this walk is charming as you see the shabby chic and quirky places mingling with glamourous, historical architecture. The graceful arches of Cathedral Arcade are extraordinarily exquisite, retaining original features and linking Swanston Street and Flinders Lane in the Central Business District of Melbourne. The arcade is covered with stained glass and lead lights which creates an amazing dome. The shop fronts feature wooden panels and the building is listed on the Victorian heritage Register. 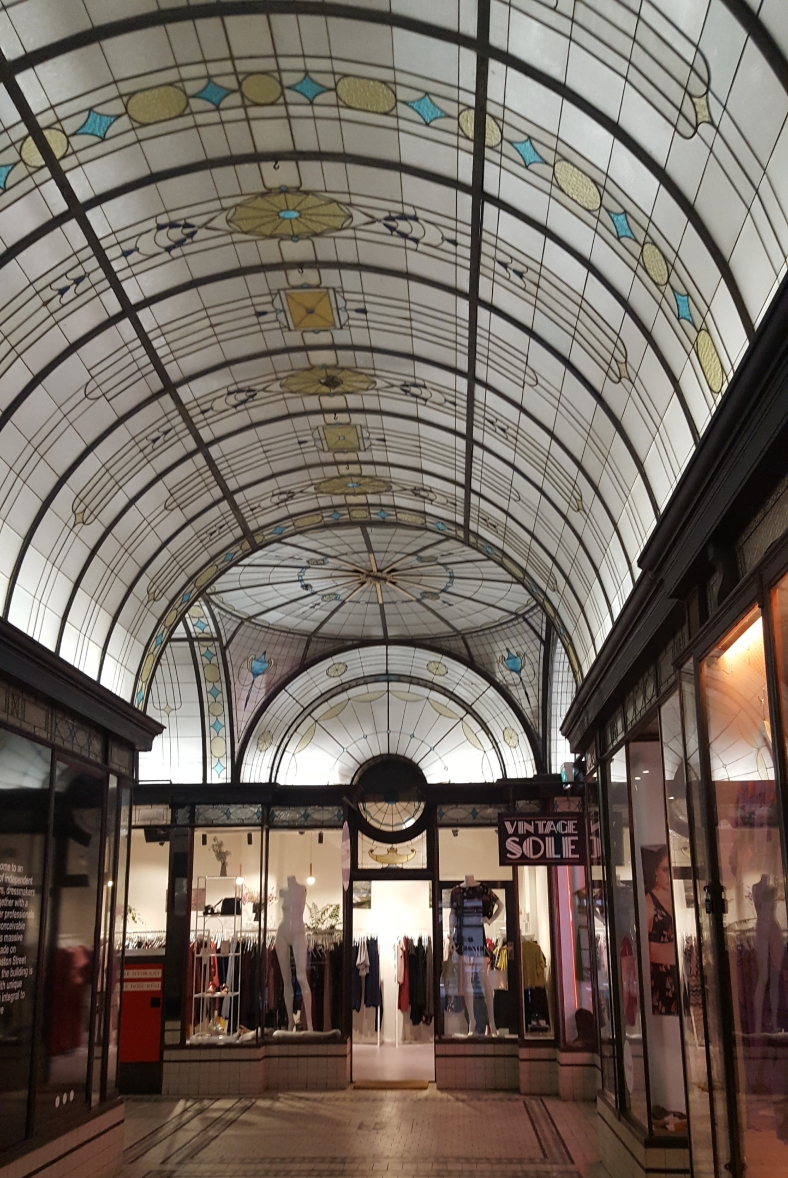 How do you think we ended this walk? Yes, a pub. Well, the walk instructed us to. We had a quick drink in Young and Jackson where beer has flowed for over a hundred years. Drinking our beers, we sat in the bar pondering the nude portrait Cloe which shocked conservative Melbourne and made the hotel famous. The place is devine with photographs of old Melbourne adorning the walls. The public house is beautifully restored and blends a boutique bar and classic pub perfectly. A perfect end to our first day. 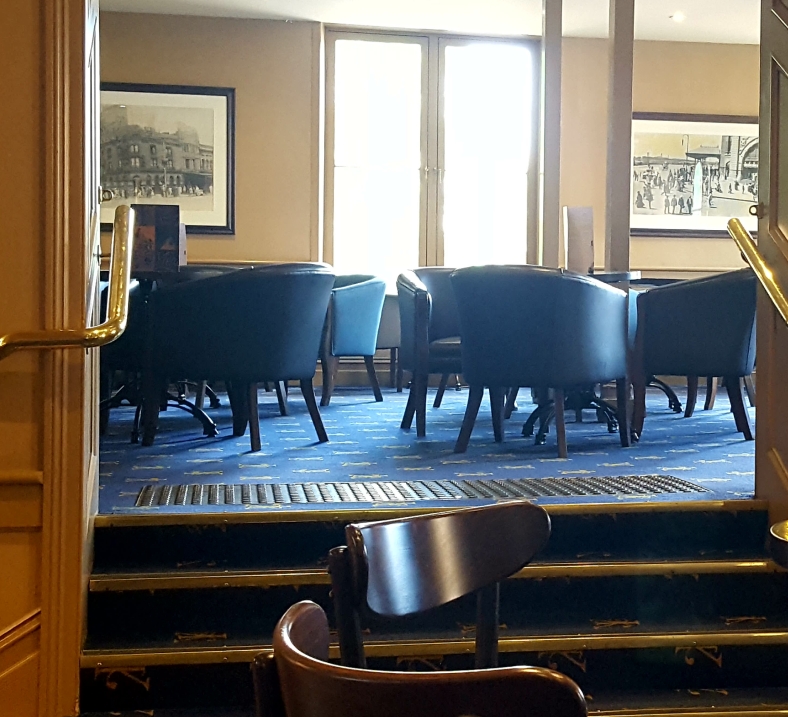